The Sergio Vieira de Mello Academic Chair at UFABC According to the UNHCR in Brazil, “Brazilian academia has played an important role in the protection and integration of refugees in the country. Having its foundation under the pillars of the Mexico Action Plan, the Sergio Vieira de Mello Academic Consortium (SVMAC) is a group of academic institutions fostered by UNHCR Brazil. Since 2004, they have promoted education and research on asylum matters, as well as direct assistance to refugees and asylum seekers.” (UNHCR, Brasilia, 2016).

Each university that composes that Consortium (SVMAC) has a Sergio Vieira de Mello Academic Chair (SVMAC).

In March 2014, UFABC and the Brazil’s UNHCR Office signed the agreement to install the Sergio Vieira de Mello Academic Chair (SVMAC) in the UFABC. That happened in the Campus of São Bernardo do Campo within a special event, with the presence of the Rector, Prof. Klaus Capelle, and the then UNHCR representative, Andres Ramirez, and Faculty members and students from various fields. 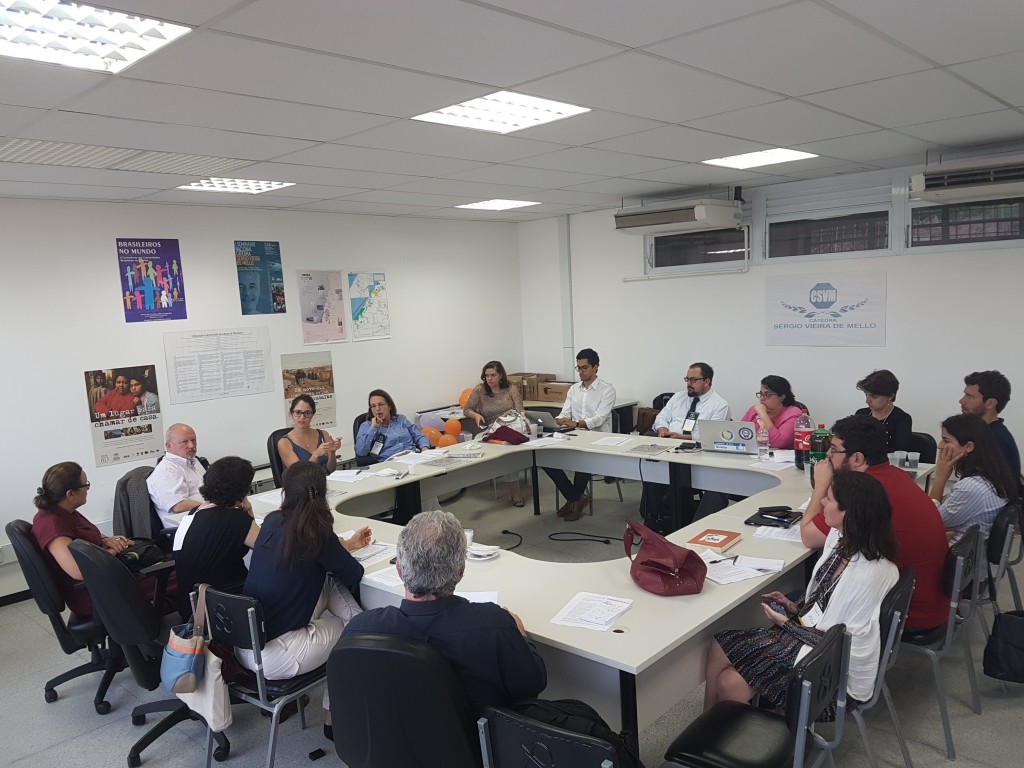 The SVMAC coordination is under the responsibility of a group of professors of International Relations, who dedicate their research and academic activities to human rights, refugee law and policy and migration issues. The SVMAC’s executive coordination changes annually among those professors. This formula differs from other chairs and has showed to be democratic, dynamic and effective. 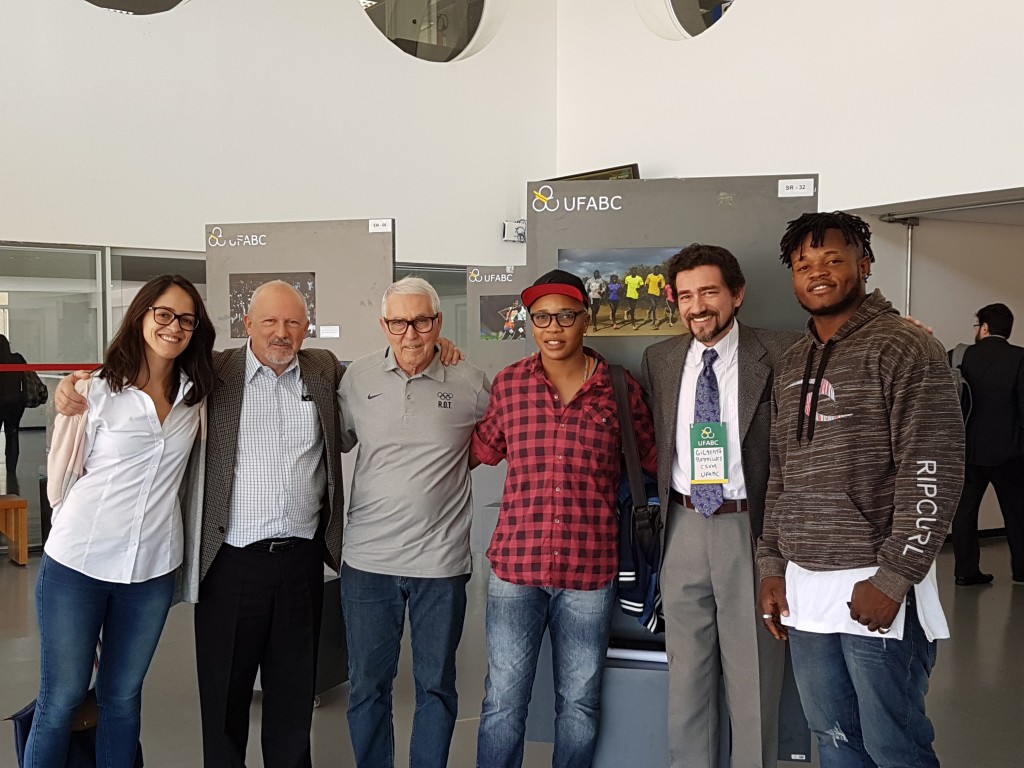 I Latin American Conference and VII National Seminar on the Sergio Vieira de Mello Chair, held by the UFABC and the UNHCR, in Sao Bernardo – Image: Members of the SVMC/CSVM with the the UNHCR Rio de Janeiro Olimpic Games Team (Coach and and Judo athlets), Sao Bernardo Campus, 2016.

Among the various activities that the SVMC at the UFABC has been developing, it may be underlined:

In November 2016 the SVMAC at UFABC hosted the First Sergio Vieira de Mello Academic Chair’s Latina America Conference and the VII Sergio Vieira de Mello Academic Chair’s National Seminar, in collaboration with the UNHCR Brazil’s Office. This event focused on local integration policies for refugees and brought to the São Bernardo Campus speakers from Argentina and Ecuador, and SVMAC representatives of 10 universities from different regions of Brazil, as well as dozens of students and people in general interested in those issues. An outstanding feature of that event was an active UFABC volunteer engagement from graduate and undergraduate students. (A more detailed information on the event and its outcomes may be seen in the UNHCR Brazil’s website – http://www.acnur.org/portugues/informacao-geral/catedra-sergio- vieira-de- mello/vii-seminario- da-csvm/). 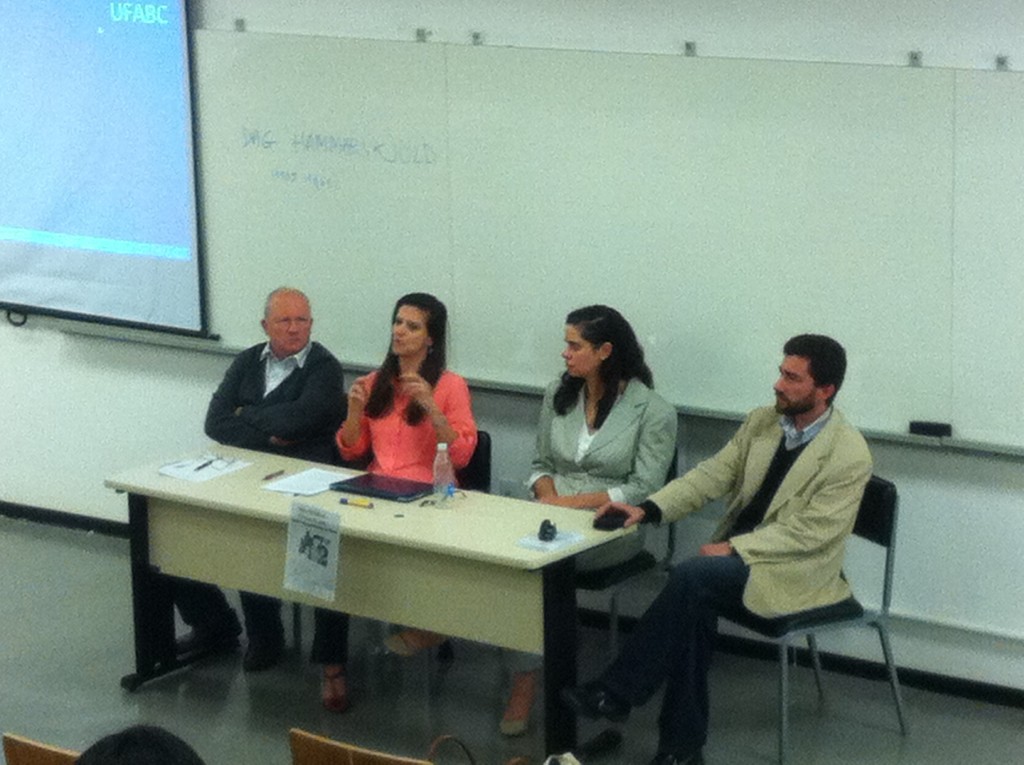 The SVMAC has also received important support from some undergraduate and graduate students to develop its administrative staff activities. Presently, Debora Siqueira, PhD Candidate in Human and Social Sciences, is acting as volunteer secretary of the Chair.

For further information, the SVMAC at UFABC may be contacted at: csvmufabc@gmail.com