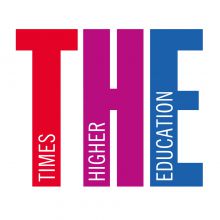 After being ranked as the 18th best university by the Times Higher Education Latin America University Rankings in 2016, UFABC moved up four places to 14th in 2017. Also, it was ranked at 8th in Brazil (9th in 2016) and at 4th among Brazilian federal universities (5th in 2016). This result puts UFABC ahead of a substantial number of traditional Latin American universities and highlights once more the appreciation of the international community towards the work that has been done since 2006. UFABC values academic excellence in teaching, research and outreach activities, focused on its mission related to the progress and dissemination of knowledge, and its power to transform society also combating inequalities.

In 2017, THE kept the same methodology used in 2016 for the Latin America University Rankings, an adaptation of the traditional rankings to the regional characteristics. International visibility, assessed through a survey with academics from all over the world, weighs heavily on research and teaching indicators. There are five groups of performance indicators: teaching, research, citations, international outlook and industry income. UFABC had once more a remarkable performance in the citations indicators, but being so young, it still needs to consolidate its international reputation.